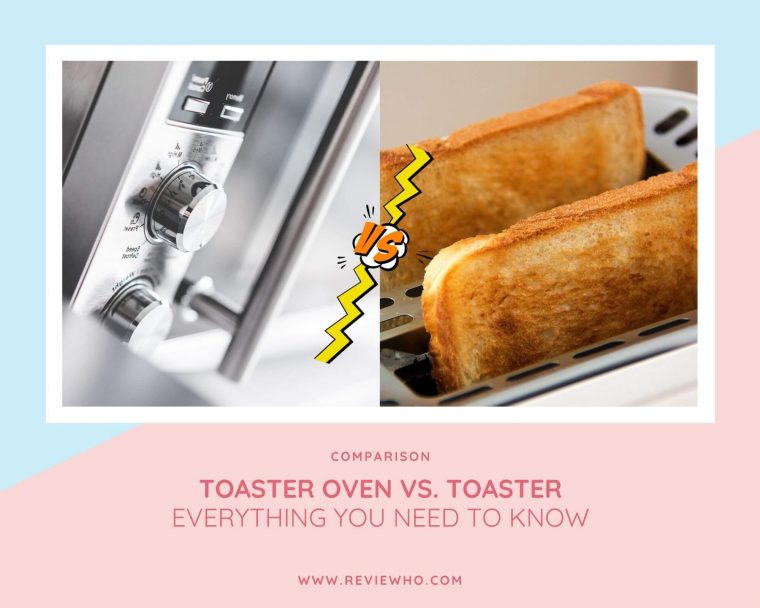 Toasters and Toaster Ovens, while similar in name, are quite different kitchen appliances to each other.

Everyone has their own preference, but if you’re a newcomer to the world of toasters and toaster ovens, don’t worry, we’ve made a comprehensive list of everything you’ll need to know.

Here are some of the many ways in which they vary; 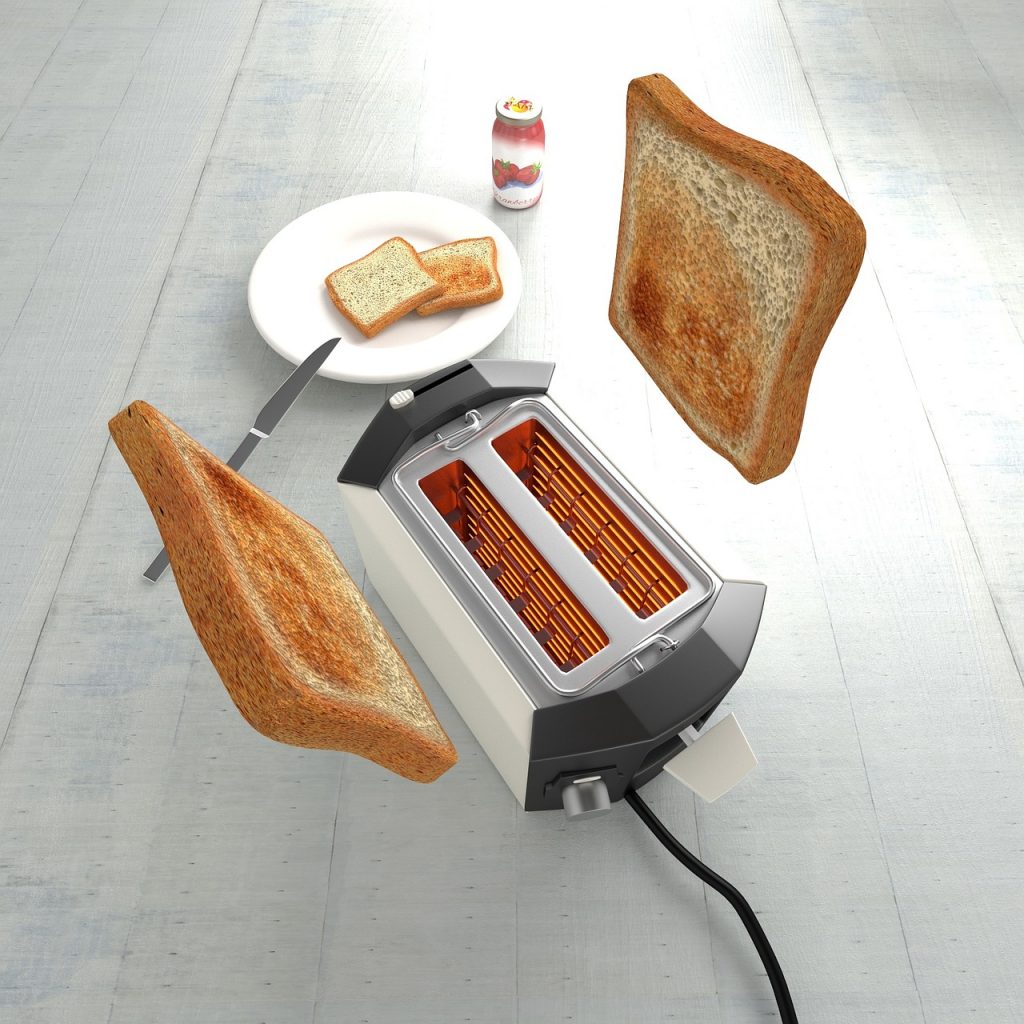 Toasters serve one simple purpose – to toast bread. To this end, they’re extremely easy to use.

Just pop in your slices of bread, with the limit varying by model, and they’ll pop out, ready to be eaten.

There are no settings that you’ll need to learn, as it just requires to be plugged in.

Moreover, it is a very small, light appliance and won’t take up any space.

A toaster is also extremely cheap – you’ll be able to find one for as low as $7 and are a great option if you’re in a hurry.

They have single coils that heat up, making the toasting process very quick.

That being said, they’re limited to one function, with very little capability for accommodating different cuts of bread.

Rather, they’re meant to hold standard slices of bread. While there are models to hold muffins or tarts, these are few and far in-between.

They also require constant maintenance, cleaning, and potential replacement – as a somewhat dispensable product, toasters aren’t a built-in state of the art facilities.

Malfunctions aren’t unheard of, so it might end up costing you more in the long run. 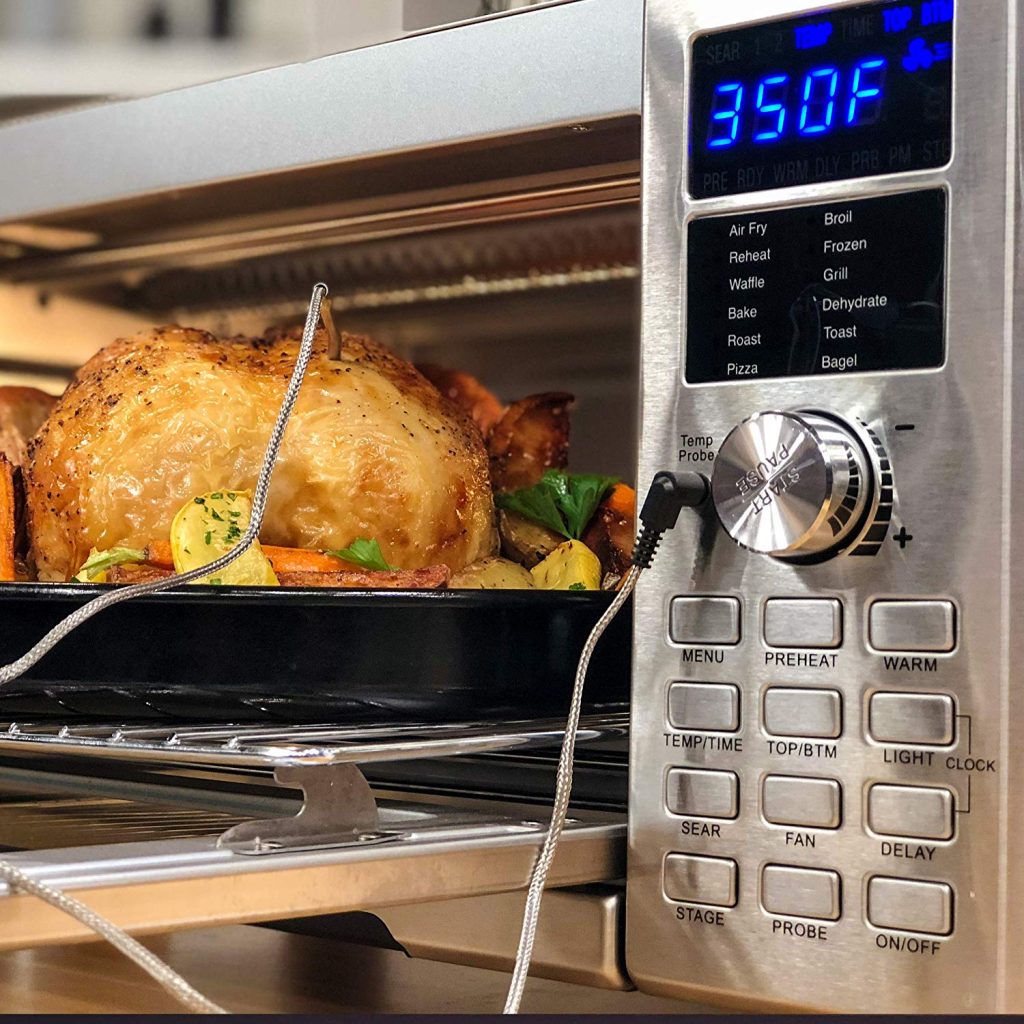 A Toaster oven, on the other hand, is built to accommodate a variety of functions – a jack of all trades, if you will. With baking, broiling, toasting any many more ways of cooking available, it is a multi-purpose unit that isn’t exclusively for toasting.

It offers much more functionality than a traditional toaster, but, is a slightly more complex contraption. You’ll need to play around to find the settings that work for you.

These can be quite large and/or bulky, so they’ll take up a fair amount of counter-top room, and are generally more expensive than their traditional counterparts, though you’ll be able to find cheaper ones for as low as $30.

They also consume much more energy, so daily use could affect your utility bills. Another drawback with a toaster oven is the sheer amount of time it takes.

Sometimes, you just need to grab two slices of bread on the way out, as time is a factor.

Toaster ovens won’t do you any services in this situation, as they are much slower than traditional toasters.

On average, they’ll take about 7 minutes to preheat to 450 F. This means cooking times of up to thirty minutes, so keep that in mind.

Ultimately, the validity of your choice depends heavily on your purpose.

If you’re the sort of person who’s in need of a quick and simple breakfast, the toaster is a reliable, cheap, easy to use appliance that can get the job done in as little time as possible.

That being said, you’ll be limiting yourself to the sole option of toast. With a toaster oven, you’ll still have the option of being able to cook anything you like.

Apart from that, frozen meals, broiling, and baking are all viable choices that will let you cook large batches of food for later use.

So, consider the kind of food you’ll be eating – if its just a bagel or some toast, a toaster will do just fine.

A Toaster oven gives you much more variety and flexibility, so if you find yourself eating a lot of frozen dinners and takeaways a lot, it is strongly recommended.

Apart from time and choice, space is another key factor. If you only have access to a small kitchen, a toaster oven might be too large for your countertop.

They’re quite bulky and can take up a fair amount of space, so keep that in mind if space happens to be a constraint.

A toaster is a very compact appliance, so you won’t face that issue with a traditional toaster. Finally, price happens to be another difference between a toaster and a toaster oven.

Toasters commonly sell for less than $10, with fancier models, some of which include LEDs or a small screen for time and temperature, clocking in at around $30.

Toaster Ovens, on the other hand, can be as expensive as $300 for a branded one.

That being said, there are plenty of low-cost alternatives on the market and you’ll be able to find a perfectly functional toaster oven for around $40.

After using both appliances extensively, I’m inclined to side with the toaster oven.

Its flexibility and versatility allow me to experiment with my cooking and enjoy it, whereas a toaster just doesn’t offer enough.

Moreover, a $40 toaster oven is well worth the price as it gives me a whole suite of options.

For this reason, I’ve decided to stand by the toaster oven but with a caveat – if you’re able to find a reasonably priced toaster oven, it is well worth it. If not, the branded ones can be much more than what you need for common household use.

Here are a few other hand-picked articles for you to read next: