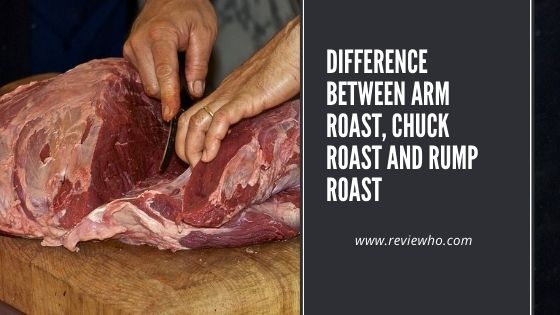 If you are a meat enthusiast, you know that choosing the right meat cut ensures that you can prepare some mouth-watering, delicious dishes. Roasting meat is a very huge part of every big or important occasion. Whether you are holding a weekend hangout or celebrating a holiday, roasting meat is always an awesome way to go about the celebration.

Unfortunately, different parts of beef have different features, which means that you have to use different cooking methods to prepare them. You will find different roasts but the most common ones are arm roast, chuck roast, and rump roast.

Do you know the difference between an arm roast and a chuck roast? We have identified all the aspects that differ in these cuts of beef and have prepared this article to help you identify them easier.

Before we go into the comparison, let us start by checking out each cut of meat and why it is preferred. 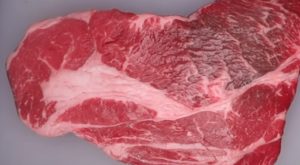 This cut of meat is retrieved from the neck and shoulder of the animal. Compared to other cuts of meat, it is very fatty. Nevertheless, it has a very rich taste in comparison and has high saturated fat levels.

Since it is from a muscular part, cutting it might be harder.

The meat works best as ground meat because it has higher levels of fat. When preparing it, you would use it for slow cooking, stews, as well as pot roast.

You can use Boston cut, Crosscut, or English roast as a great substitute for chuck roast. They have the same qualities. 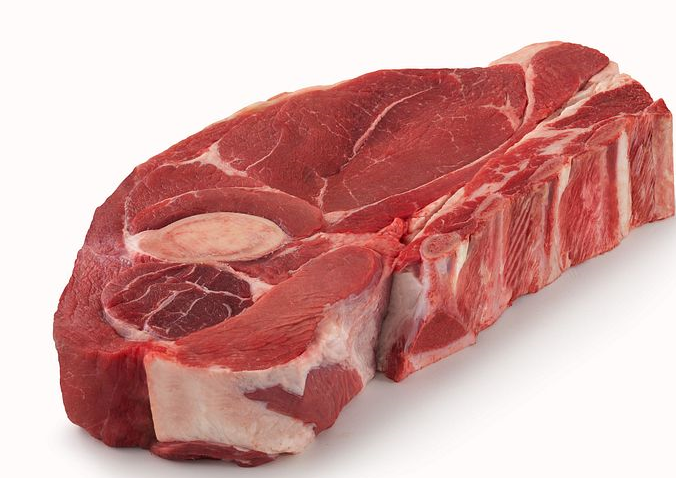 There might be some confusion in the arm roast vs. chuck roast comparison mainly because the arm roast is another type of meat that is retrieved from the shoulder area. The arm roast is normally moist and tender and it has a very beefy taste.

Arm roasts are popular for grilling, slow cooking, and pot roasts. But that is not all you can do. You can prepare it by roasting it in an oven and then slicing it thinly.

What is another name for arm roast? You can also refer to arm roast as arm chuck roast, chuck primal, or even Swiss steak.

The final cut we will look at is the rump roast. It is a cut retrieved from the hind quarter’s upper part. It is similar to some of the exercised muscles in that it is flavorful and lean.

However, it is still from a muscle area, which means that it can be a bit tough. You would have to cook it at low temperatures slowly so that its connective tissue can melt and soften.

Comparison of the Three

Now, we will look at the differences between these three cuts of beef.

Let us start with a detailed chuck vs. arm roast comparison. The first difference we need to address is the part of the animal they are from.

It might seem as if they are from the same part of the animal. However, the arm roast is from the shoulder, while the chuck roast is retrieved from the area between the neck and the shoulder.

You will also notice a difference in the tenderness levels. The arm roast is known to be very tender and is especially so when you cook it. The chuck roast, on the other hand, is not that tender. It is not as tender even when cooked.

Finally, the level of calories differs in both. Arm roast has 180 kcal while chuck roast has 280 kcal.

So, is a chuck roast or an arm roast better? To be honest, it all depends on what you are preparing. Chuck roast is preferred if you are cooking slowly. It is harder, which means more cooking time. Arm roast, however, would work well for meals that need to cook for a shorter period at higher temperatures.

The second comparison is the arm roast vs. the rump roast. There are different sections of a cow from which meat is produced during the butchering process.

The arm roast’s muscles should be cooked using moist and slow cooking methods such as braising and stewing. You can even marinate an arm roast for more tenderness and flavor. When you are preparing a rump roast, which is more tender and leaner, you are advised to use dry heat, even though stewing and braising would work well too.

Finally, let us consider the chuck roast vs. rump roast differences. If you, like the rest of us, are not a meat connoisseur, it might be hard to tell the difference between the rump roast and chuck roast. They are both flavorful and delicate. However, there are some differences you should know.

As you already know, the rump if from the hindquarters while the chuck is from the shoulder.

To be honest, these two are less tender in comparison to other cuts of beef. They have higher levels of connective tissue and collagen, which makes them tougher. However, when comparing the two, you have to acknowledge that the rump is more tender compared to the chuck roast.

Can a rump roast be substituted for a chuck roast?

there are some key differences between these two roasts. Rump roast is typically leaner than chuck roast, and it has less marbling. This means that rump roast is less flavorful than chuck roast and is better suited for dishes that require a leaner cut of meat.

Additionally, rump roast is a bit tougher than chuck roast and may require longer cooking times to become tender. For these reasons, it is generally not recommended to substitute rump roast for chuck roast.

With a little care and attention, however, shoulder roast can make a delicious and healthy alternative to chuck roast.

While it is true that arm roast is a tougher cut of meat, it is also generally more flavorful and less fatty than other options. When properly cooked, the arm roast will yield tender, juicy shreds that are perfect for tacos, enchiladas, or any other dish you have in mind.

So if you’re looking for a delicious and budget-friendly option, arm roast is definitely worth considering.

We have looked at every important detail regarding the three cuts of meat. It is a good idea to think about the meal you are planning to prepare before you go for a certain meat cut. We recommend that you consider your planned cooking method as a way of choosing the right beef cut.