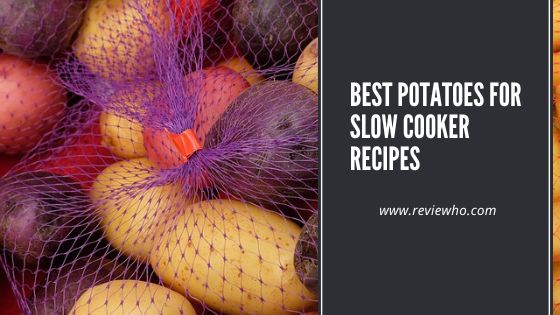 Potatoes are amazingly versatile: baked, French-fried, sauteed, boiled, mashed, in a salad or a stew (and we haven’t even mentioned vodka yet). Here’s the thing, though: all potatoes aren’t equally good for every dish. The best potatoes for slow cooker recipes may not be what you’re using now.

I myself am kind of lazy in this regard; I generally buy a ten-pound bag of whatever looks good, plop it down in the pantry and use them for whatever. I just expect them to do their best however I prepare them, but this isn’t exactly the best policy when you have guests coming over.

If you want the best results, you need to know a little about how to match potatoes to recipes.

How Do You Choose a Potato for Your Slow Cooker? 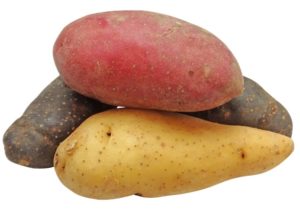 So, What Are the Best Potatoes for Slow Cooker Dishes?

Worldwide, there are over 4,000 varieties of potato, about 200 of which are sold in the United States. We all have our favorites, but you may have to look a little harder when it comes to the best potatoes for crock pot/slow cooker recipes. What kind of meal you have in mind plays an important role, too. 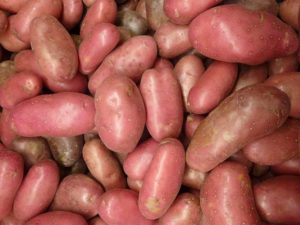 These firm potatoes have the ideal texture for potato salad. They won’t disintegrate easily even when stewing in plenty of liquid, making them one of the best potato types for slow cooker curries and stews. As for taste, red potatoes have a slightly sweet flavor. 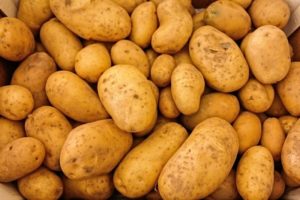 Not only do these potatoes with their yellowish flesh look great on a plate, but they’re also some of the most versatile vegetables around. Yukon golds are waxy enough to keep their shape in the slow cooker but also fluffy enough to make a delicious mash. They have a rich, almost buttery taste. 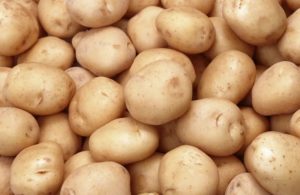 These are a little more difficult to find – a good reason to make friends with a greengrocer instead of getting all your vegetables at the supermarket. They are fantastic boiled whole, then lightly seasoned with olive oil, garlic, and herbs (though there’s no reason not to roast them in your slow cooker). Because of their size, they’re a little awkward to peel. If anyone complains about the extra chewiness, just remind them that there are starving children in Africa.

What Not to Use

Russet potatoes are hugely popular baked or as French fries, but they’re not the best potatoes to toss into your slow cooker. Their skin is somewhat tough, but once peeled they absorb a lot of moisture and start falling apart. This may be what you want, for example, to thicken a stew, but it isn’t most people’s preferred texture.

Many people nowadays are also turning to sweet potatoes as a healthier alternative (they’re not technically potatoes, but close enough). Keep in mind that they cook much, much faster than potatoes, though – if you really want to use them, add them only at the end of cooking.

All Hail the Crock Pot!

Many people think of slow cookers as something lazy or inexperienced cooks use to prepare stew and nothing else. This is kind of unfair to a very handy piece of kitchen equipment.

Talking about potatoes alone, you can use your crock pot to prepare them in almost any way possible in the oven or on a stovetop: mashed, baked, stuffed, made into soup, au gratin, or drowned in cheese and butter. Remember, though, that no dish is going to turn out much better than the ingredients you put in it. It’s totally worthwhile choosing the best potatoes for slow cooker dishes.