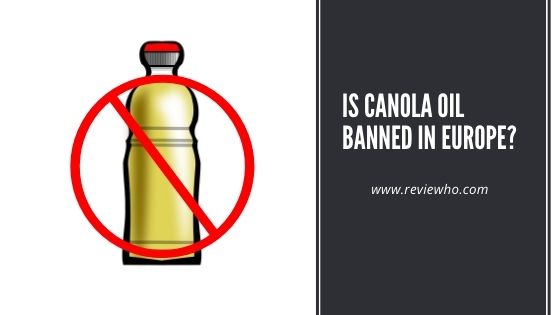 One of the questions I have received in the past weeks has been about canola oil and why it is banned in Europe.

In the past years, there has been a discussion about whether canola oil is or is not harmful to human bodies.

Of course, there have been brands that have produced canola oil in which hazardous organisms are detected.

Those brands have faced problems and maybe are banned from the market. But there is no substantial evidence that this oil directly affects consumers’ health.

The answer is no. There is no trustful resource to confirm that this type of oil has been banned in Europe in any period in the past or the present.

Some other scientific data show a completely different thing.

A researcher in January 2020 measured the canola oil consumption in the world, and guess what?

European Union has the highest consumption in the world. A quantity of 8800 thousand metric tons of canola oil is consumed in 27 countries.

In this calculation are excluded countries that are located in the continent of Europe but are not part of the European Union.

This number would have been higher if those countries had also been calculated.

Although it has to be admitted that it is not a very healthy product, it contains monounsaturated fat, which is the `bad` type of fat.

Also, read: How to Mix Cooking Oils When Frying

I would suggest avoiding it to the maximum and using olive oil or butter instead. Both those products improve food taste after being cooked and have more good fat than canola oil.

Another piece of advice if you want to use it is to change it frequently so that the oil won’t get reheated more than once.