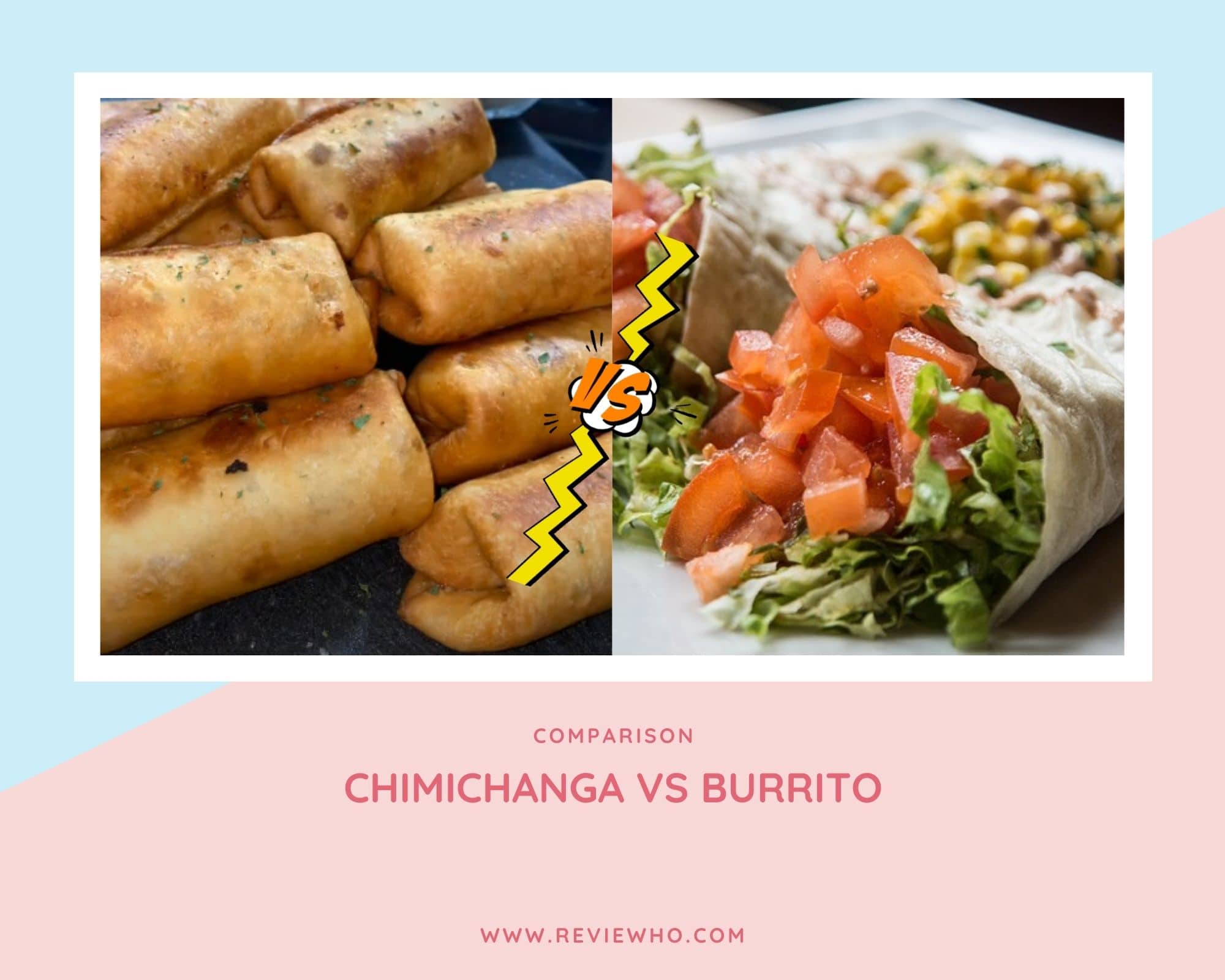 We all enjoy food that we can make, or purchase and enjoy while on the go. It is the main reason why chimichangas and burritos are very popular. The meals are extremely amazing, affordable, convenient, as well as healthy.

However, most of us are not able to tell the two apart. You will find yourself confusing a burrito for a chimichanga. Identifying the difference is important. That is the reason why we compiled the information on this post to help you identify the features that separate these two amazing meals. Do you want to learn the difference between a burrito and a chimichanga? Simply scroll down and learn more! 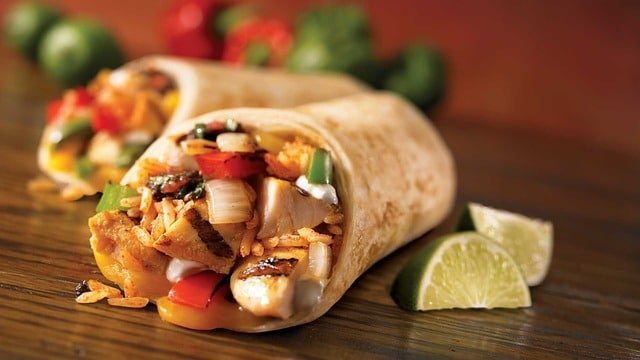 Let’s start by understanding what a burrito is. A burrito is basically a wheat tortilla or a large flour that wraps a variety of fillings that have a range of ingredients. A burrito is a Mexican meal that has popularity in the Northern parts of Mexico.

A regular burrito has closed ends. The reason behind that is to allow you to eat while holding it with your hands. There are, however, certain types of burritos served on a plate. The sauce is applied on the burrito, which is the reason why it is referred to as a wet burrito.

The regular Mexican version of a burrito has meat and refried bean fillings. The American versions, however, have a wide range of ingredients combined in different manners to achieve different tastes. Some of the alterations include adding rice, cheese, refried beans, salsa, sour cream, lettuce, chorizo, beef, ham, chicken, pork rinds, and scrambled eggs, among many other vegetable types.

You can also enjoy seafood burritos, turkey burritos, vegan burritos, and many other variations. You do not have a specific limitation of the ingredients you can add to the fillings of a burrito. You simply need to choose your preferred variety and wrap them using a flour tortilla. No specific method is set in place as a rule. Making a burrito sounds quite easy, doesn’t it? Well, it is. There is also no limitation on the size of a burrito. You will find that the sizes are different depending on the person making them. The US versions are quite large. The Mexican versions are considerably smaller. You can purchase tortillas with diameters ranging from 10 inches to 16 inches. The burrito, however, will be smaller once you wrap the tortilla. 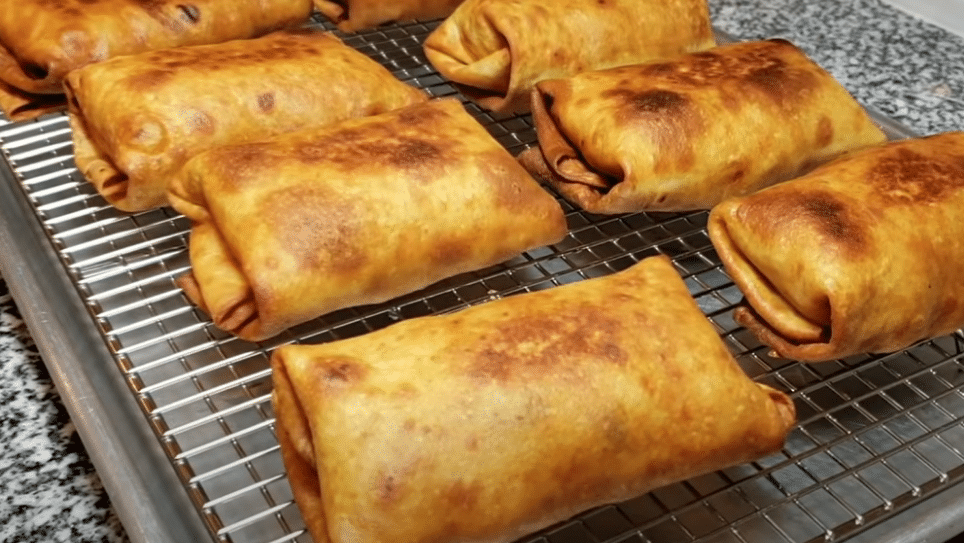 Now, let us take a look at chimichangas. A chimichanga is a dish of Spanish origin with a bit of a Southwestern U.S influence. It is basically a burrito that is deep-fried. The fillings in a chimichanga are varied, the same as the burrito fillings. They are also wrapped using a flour tortilla. The only additional process they go through is deep-frying before being served. It is a common practice for most people to spread melted cheese or sauce on top of a chimichanga. However, this is not a compulsory step. Chimichangas are not held by hand when eating. Instead, they are placed on a plate and you can then cut and enjoy eating with a knife and fork.

The burritos that we mostly enjoy are Americanized and they continue being improved in different ways. However, the burrito’s true roots can be traced to Northern Mexico.

Chimichangas, on the other hand, have some complicated stories. The inventor and place of origin are not quite clear. However, the sure thing is that a chimichanga is a popular delicacy that has been enjoyed in Arizona for a long while. The idea, as well as the name, can be traced back to Mexican culture. However, chimichangas are not made or purchased in Mexico. However, you can find them in certain places near the borders where tourists visit often.

So how do you prepare a burrito? It is quite simple. You simply need to wrap your preferred combination of fillings with a flour tortilla and serve it immediately. Create a big cylinder and make sure the ends are closed. You can enjoy a wide range of variations, which include wet burritos. Some people steam or grill the tortilla lightly to make sure they are hot and that it maintains its structure once it wraps the fillings.

The major difference between burrito and chimichanga is that the chimichanga is usually deep-fried. After the fillings are wrapped in a flour tortilla, it is thrown in oil, after which it is served. You can also find some chimichangas that are not cylindrical. Instead, they have a rectangular shape. It is more accurate to consider the chimichanga as a deep-fried variation of the wet burrito considering that it is served on a plate and melted cheese or sauce is applied at the top.

In the burrito vs. chimichanga comparison, the ingredients will have certain distinctions.

The first distinct feature is that a higher percentage of the ingredients included in a chimichanga is meat. The smaller percentage is a wide variety of other ingredients. The burrito, on the other hand, is mainly vegetarian fillings. Mostly, you will find rice or beans in most burritos, although there are burritos filled with meat.

Chimichangas can have shredded chicken, dried beef, marinated meat, and many more.

These amazing meals have more than one similarity. The differences that appear are related to the origin, the preparation, as well as the main ingredients included in the fillings. Both have Tex-Mex origins, chimichangas are a deep-fried version of burritos, and chimichangas are usually made with more meat compared to burritos.

You can prepare any variation you want and you can keep experimenting on a variety of fillings to find the version you will enjoy most.