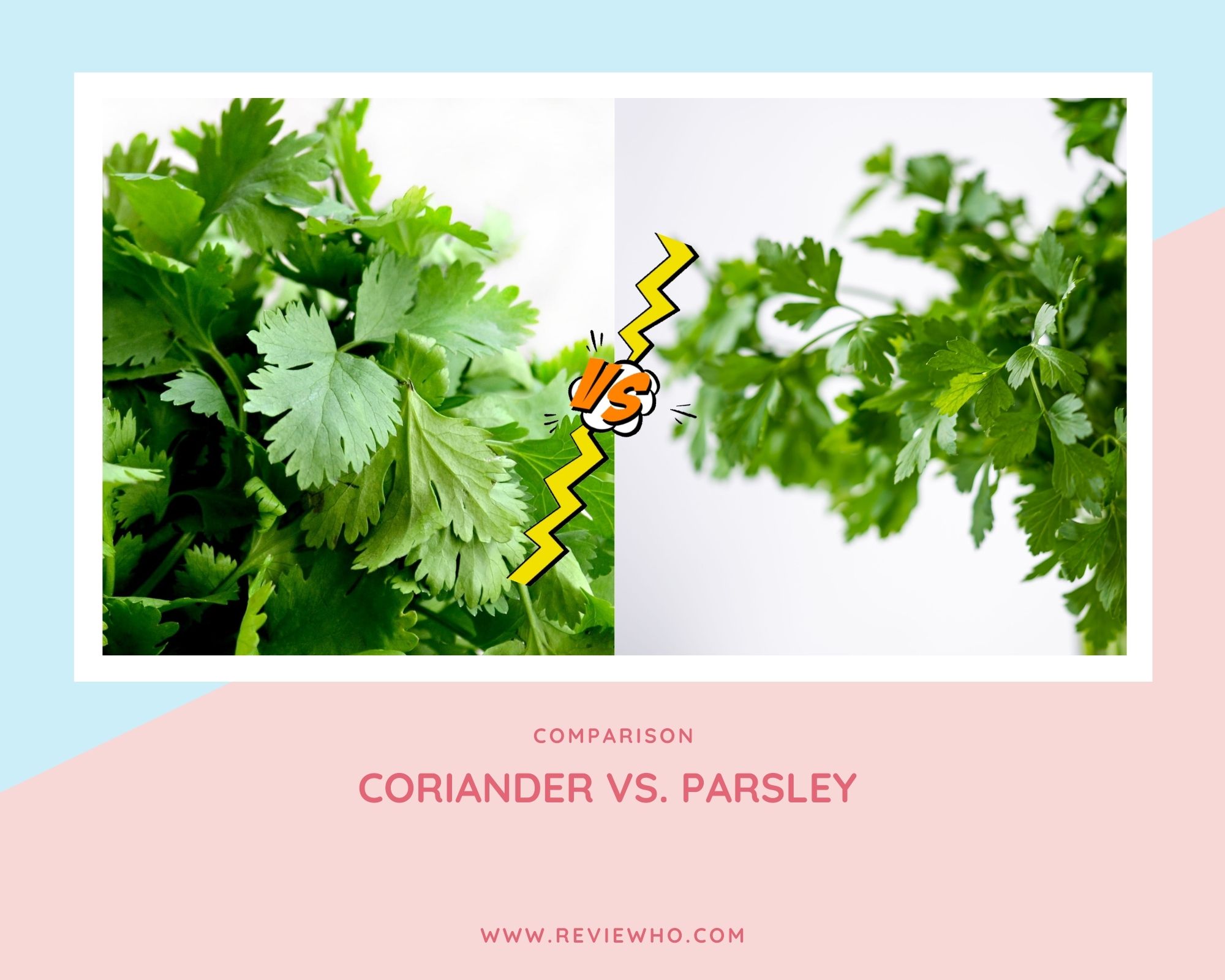 Coriander and Parsley are herbs that look very similar. People have found themselves grabbing one instead of the other on many occasions. The main reason behind this confusion is that these two are so alike in appearance. But are parsley and coriander the same?

Parsley and coriander are used extensively in cooking different types of foods. They feature great flavor and taste. Nevertheless, even though they are similar in appearance, they are not the same thing.

In this post, we will be highlighting all the coriander vs. parsley differences. We will look at their features as well as some of their similarities.

Let’s dive into it.

Even though these two are different, they have almost the same behavior. They are widely appreciated in Western recipes even though Parsley is used mostly in European-style dishes. 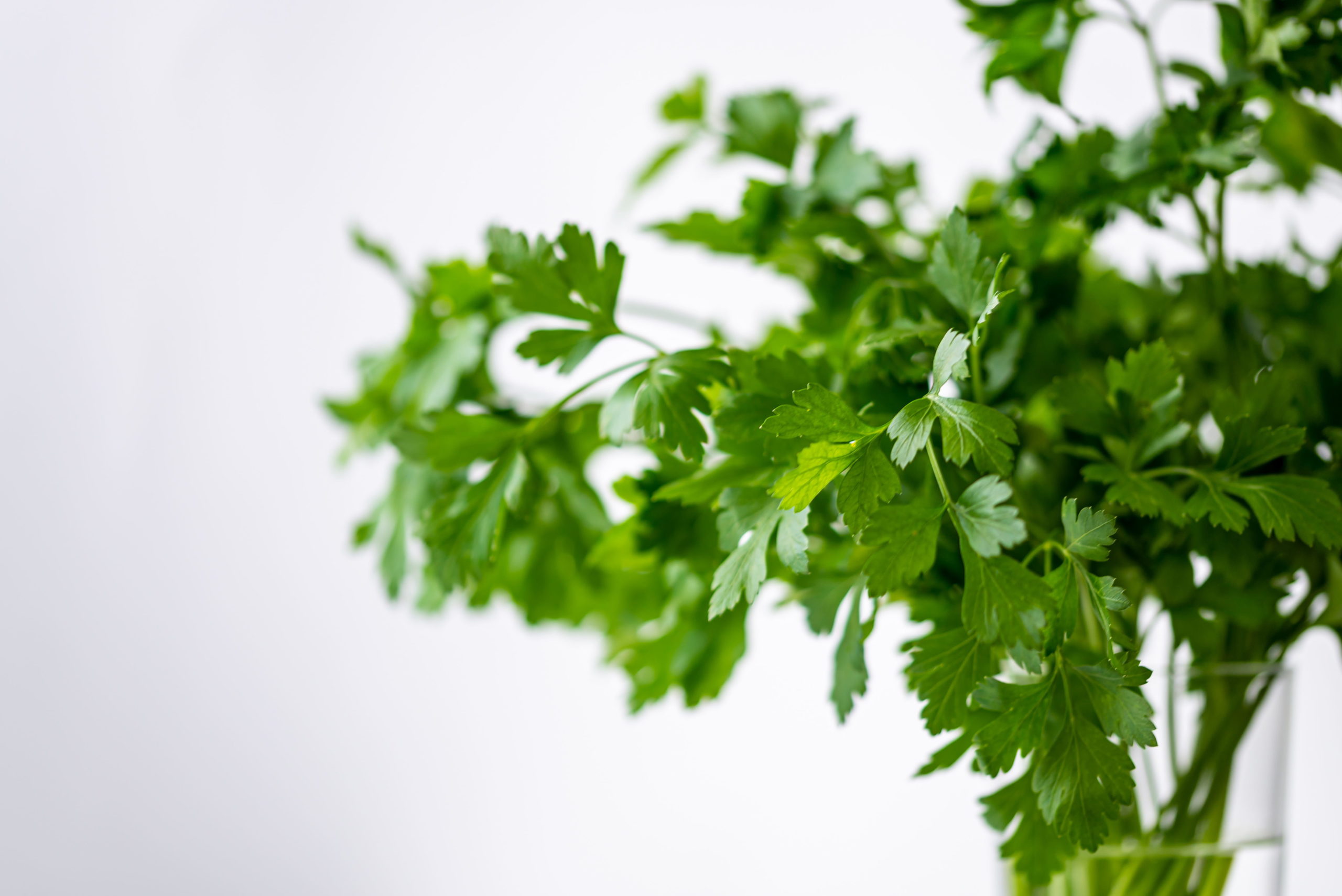 This herb is originally from the coast of Turkey and Northern Africa. As you would expect, its use is widely focused on the recipes from these regions.

Its flavor is herb-like. You will have a vague sense of mint minus the menthol. 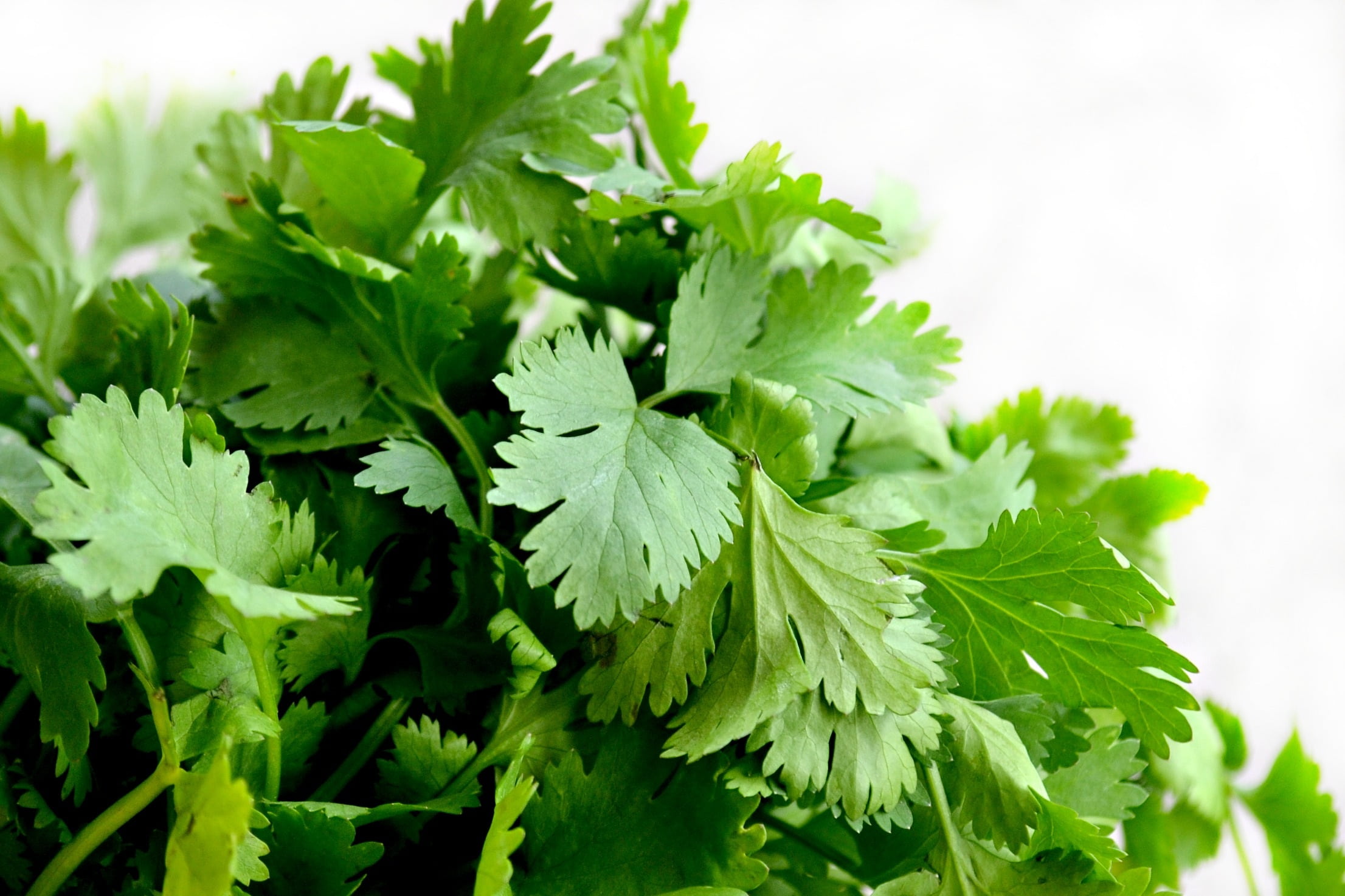 Coriander can also be referred to as cilantro in most parts of the world, although some areas of the world use these words to refer to different things.

It is a popular belief that the herb originates from Western parts of Asia and later it crossed to Eastern Europe.

When it comes to flavor, you will get a hint of lemongrass or citrus coupled with a certain herb flavor. You should know that there are people who hate that flavor.

Which is better Coriander or Parsley? One major Coriander vs. Parsley difference is the flavor. It is the first thing you should consider when choosing which herb to go with for your recipe.

Does Parsley taste like coriander? Parsley features a flavor like a herb, which is minty and fresh. Coriander, on the other hand, has a stronger flavor that will give you a sense of lemongrass. Some people feel like it tastes like a detergent or soap.

To be honest, both these herbs have a vegetal, herb-like flavor.

If you are not sure about the coriander vs. parsley taste, you can simply use the smell. There is a difference in this respect. The smell of coriander is stronger than that of parsley leaves. If you want to get a clearer aroma, you simply have to rub the leaves in between your fingers.

When you are cooking with these herbs, you can use any part you would want in your recipes. The leaves are tender and the stems tougher, but the coriander vs. parsley taste is quite great for both the stem and leaves.

Cilantro will give you more flavor if you choose to eat it raw as opposed to dried or cooked. You can use it to add some flavor to vegetable dips or salad dressings. If you need to use it for a cooked recipe, you can choose to add it at the end, or simply choose to use it as a garnish.

There is a coriander and parsley leaves difference that you can use to identify the two. When in bunches, they might appear the same, but they have a difference.

Parsley is more popular. The leaves are thin and long, especially if the parsley has flat leaves. Each stalk has three leaves, each of which ends in three fingers.

When it comes to coriander, the leaves are still three. The difference is that these leaves are more rounded. What’s more, the fingers are not so long. Instead, they are stubby and short.

So, the space between parsley leaves is larger compared to cilantro leaves.

What about Nutritional Value?

Both these herbs are similar in regard to nutrients.

They are both rich in several types of vitamins such as Vitamin K, Vitamin C, and Vitamin A. However, they are low in proteins, fat, carbs, and calories.

The Vitamin K content in Parsley is notable. 28 grams will give you almost 6 times more than the daily recommended value. This vitamin is very important in strengthening your bones and boosting the clotting of blood.

Apart from the nutrients, these herbs have high levels of phenolic compounds, which are antioxidants that help shield DNA and cells from oxidative damage.

Similar to most spices and herbs, cilantro and parsley have been used in medicinal practices for a very long time.

Animal and test-tube studies have proven that the chemicals that naturally occur in these two have certain health benefits.

Note: All these findings are based on test-tube, as well as animal studies.

You should also know that the way you cook these will affect their nutrient content, which might then affect their health benefits.

For instance, cooking cilantro and parsley might reduce some antioxidants and increase the same for others.

So, which is the best cooking method?

Scientists researched and found that antioxidant content can be increased by simmering. Grilling and stir-frying, on the other hand, will reduce it.

Parsley and Cilantro look great. They are quite popular in international cuisines and people have grown to love them.

Nevertheless, if you want a herb to use as garnish, your choice will depend on what you prefer and what you need from it.

Parsley is great if you want a mild flavor. Cilantro does a great job if you are trying to reinforce the dish’s flavor.

Is coriander & cilantro the same thing?

Coriander and cilantro are actually the same plant, which is known scientifically as Coriandrum sativum. The leafy herb is known by different names in different parts of the world. In the United States, the leaves are typically called cilantro, while the seeds are known as coriander.

Cilantro and Parsley are great herbs for different meals. They are quite popular and their application is broad. You can never go wrong. The best part is that you are advised to go for any of them because of their health benefits and their nutritional value.