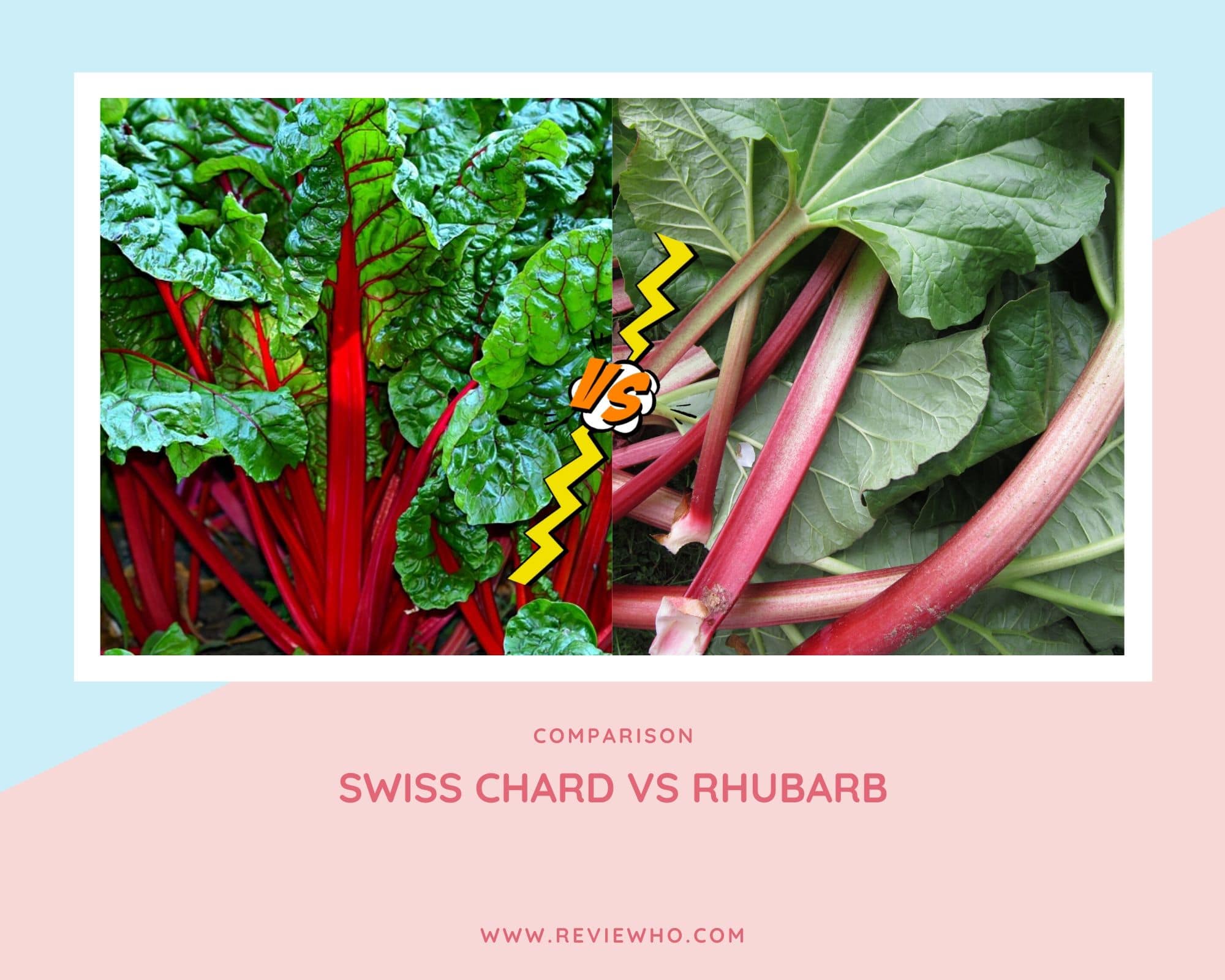 Swiss chard and rhubarb are similar in that they are both leafy with red stalks. However, there is a significant amount of difference between the two of these. So, is Swiss chard the same as rhubarb? This post brings out the rhubarb vs. chard differences.

A rhubarb is any of a variety of plants that belong to the buckwheat family, genus Rheum. Some of the plants have medicinal rhizomes. Others have edible stalks. Cooks use the stalks in the R. rhabarbarum to create pies.

The Swiss chard, on the other hand, has leafstalks and leaves that can be used in meals, as a vegetable.

The definitions do not really provide a detailed difference between the two.

The Swiss chard is darker and the leaves have more veins, similar to spinach.

The rhubarb, on the other hand, does not have a green color that is as vibrant as Swiss chard. In addition, it cannot be ingested. One similarity that comes up in the Swiss chard vs. rhubarb comparison is that they both have oxalic acid. However, the oxalic acid in the leaves of a rhubarb is so high that it can become fatal.

In regards to the taste, the rhubarb has an acidic and tart taste. For that reason, it is mainly coupled with sweeter fruit, when included in a pie. The Swiss chard, on the other hand, tastes much better with an earthy and meaty taste.

The Swiss chard is highly nutritious and comes out as one of the vegetables with the highest levels of minerals and vitamins A, E, C, and K. It also has calcium, magnesium, anti-inflammatory enzymes, as well as antioxidants.

Reviewho is a participant in the Amazon Services LLC Associates Program, an affiliate advertising program designed to provide a means for us to earn fees by linking to Amazon.com and affiliated sites.

Three eBooks in One! Get it Now For Free!
We use cookies to allow us and selected partners to improve your experience and our advertising. By continuing to browse you consent to our use of cookies. You can understand more and change your cookies preferences by clicking "Cookie Settings".
Cookie SettingsAccept All
Manage consent