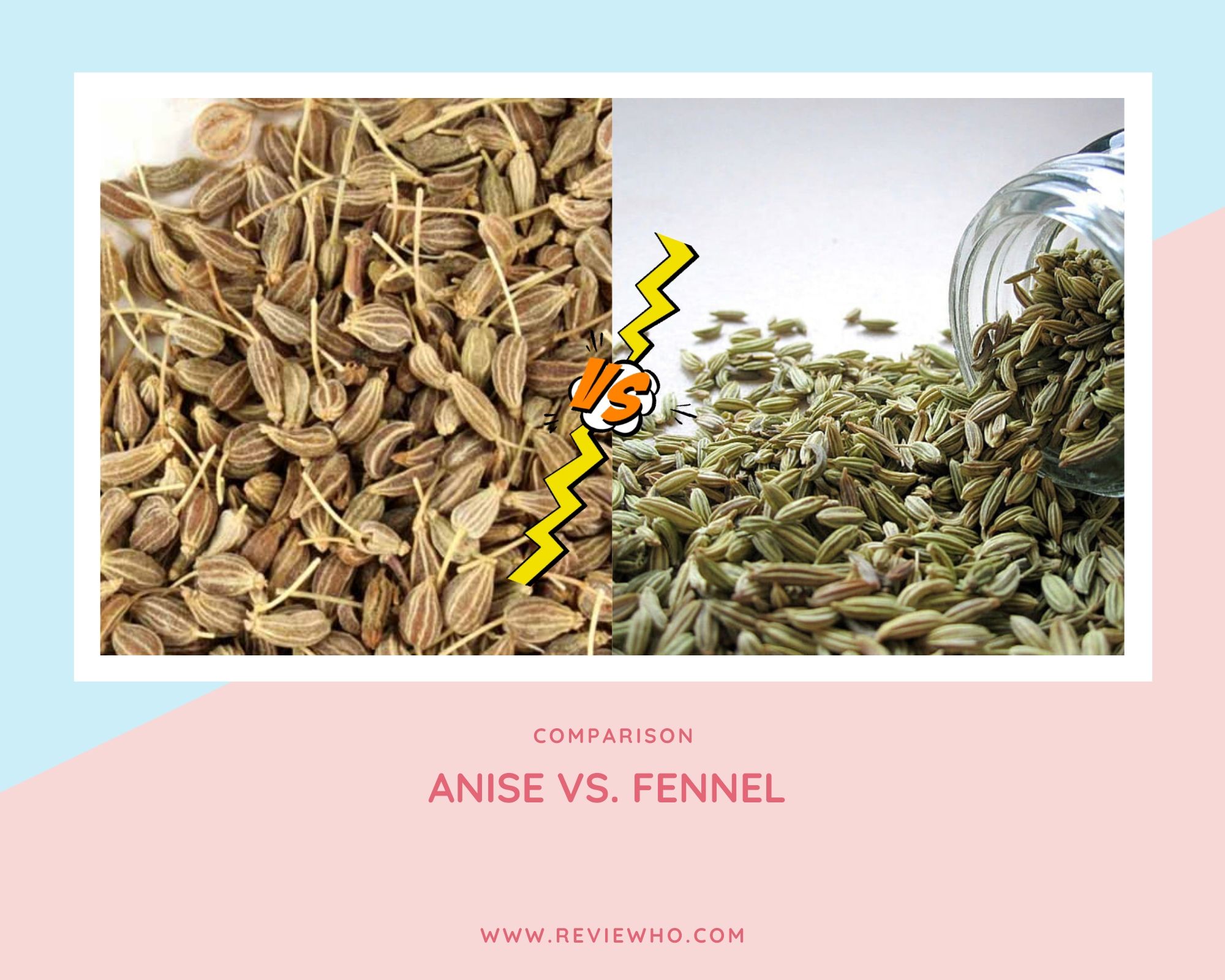 The Anise seeds and the Fennel seeds are spices that are very similar and they are used interchangeably by many cooks, especially Indian and Italian cooks. They are so similar that most people confuse the two. Some cooks, however, prefer using the anise seeds while some prefer to use the fennel seeds. If you are a cook who is trying to prepare an amazing European meal, you should the difference between the two.

In this post, we will tackle the fennel vs. anise debate, trying to explain the difference between anise and fennel.

What is the difference in flavor?

These two seeds are very similar in appearance that most people regard them as the same, which is not accurate. These two seeds come from different plants but belong to one family. So, what is the fennel anise difference in regards to the taste? The fennel seed originates from a bulb that can be enjoyed as a vegetable. It also happens to have other uses such as herb benefits. The anise seed, on the other hand, originates from a bush. The bush from which it comes does not have any other purposes except for the seed.

You should know that this anise seed is very different from similar star anise, which is used in Asian meals and originates from a different tree.

Both the anise and fennel seeds produce an oil known as anethole. This is the oil that is responsible for their flavors. It is also the source of flavors in other spices such as the star anise and tarragon.

These two seeds have a flavor similar to licorice. However, the anise seed has a more pungent flavor.

Can you use them interchangeably?

In regards to their use, these plants can be used in place of the others. However, they have a difference that should push you to find one that is perfect for your recipe. Most formulas for substitution state that you can use one in place of the other. Anise seeds are confused for the fennel alternatives and are used in recipes such as the five-spice powder for the Chinese. Since it is more pungent than the fennel seed, you would have to use more of it to achieve the flavor provided by the fennel seed.

When is it best to use Anise Seeds or Fennel Seeds?

Although they are used interchangeably, it is not always best to use one for the other. One of the differences that come up in anise versus fennel comparison, is that the anise is sweeter and more delicate. Therefore, it works best in sweet dishes, liqueurs, as well as candies, unlike the fennel seed. For instance, when you consider the anise plant vs. the fennel plant, you will find that the best time to substitute the two would be when using them in baked goods.

What does anise look like? It has a similar appearance to the fennel seed. It is important that you do not use the similarity in appearance as the reason for using one in place of the other.