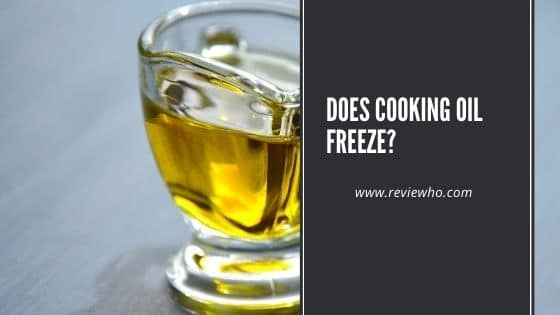 Cooking oil is one of the common ingredients in most recipes. It is an essential ingredient, which means that most households have and require it. Have you ever bought cooking oil in bulk and wondered about storage? We have all been there. Most of us wonder about the right storage of cooking oil.

The main concern is the effect that cold temperatures have on cooking oil. You want to store your cooking oil in the right way so that it does not go bad.

Can you freeze vegetable oil? The fact is that you should freeze your cooking oil if you intend to keep it for a long time. This post intends to show you the right process of freezing oil and unfreezing it when you intend to use it again. 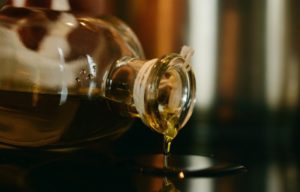 Most vegetable oils are a solution of several ingredients, which include vegetables and fruits, as well as several seed oils. When mixed up, the solution becomes a liquid at room temperature.

Several manufacturers of vegetable oil include other additives in each bottle to complete the manufacturing process. These additives are more than fruit and vegetable oils. Some of the cooking oils available in stores are purer than others are.

If you desire a completely pure option like me, there are natural oils. It means that they only have natural ingredients and no chemical additives. Examples of these pure oils include sunflower oil, coconut oil, peanut oil, canola oil, olive oil, and many more.

The following methods of storage work with all the mentioned types of cooking oil.

Also, read: How to Mix Cooking Oils When Frying 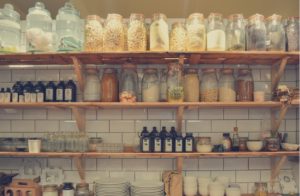 Storing vegetable oil is quite simple. There are several ways to store your cooking oil without it going bad, as we explain below.

A refrigerator is a good way to store your cooking oil. If you have opened it, you need to make sure that you seal it tightly before placing it in the refrigerator. Once you do that, you can stop worrying because it will remain good for a period of up to one year.

The pantry is just as efficient. You can store your vegetable oil in there for one year whether you have broken the seal or not.

The question is, does cooking oil freeze? Vegetable oil does not freeze. Due to the nature of the ingredients used in the manufacturing process, the oil will simply appear solid, or more viscous. It is a good idea to freeze the vegetable oil because it will last longer than when you store it in a refrigerator. However, you need to make sure that the container is sealed and completely airtight.

Coconut oil does not act in the same manner. It freezes, forming crystals because of the vegetable fat’s molecular structure.

Some of the major advantages of freezing oil include the simplicity and easy-to-follow steps involved. It increases the life of the cooking oil to two years. This process does not affect the integrity of the vegetable oil and you can easily use it whenever you want without complicated processes.

You might be confused about the integrity of vegetable oil once you place it in a freezer. However, you do not need to worry. You might notice the compounds separating in the freezer, but this does not affect the oil’s quality. When you decide to use it, it will work perfectly.

At what temperature does Vegetable oil Freeze?

You are probably wondering, at what temperature does oil freeze? A doctor put several varieties of cooking oil in freezers and recorded their reactions at different temperatures trying to answer the question, “Can you freeze oil?”

When the temperature was down at 40 degrees Fahrenheit, most of the oils were still in their same form, without any appearance of crystals or solid particles. When the temperature was at 35 degrees Fahrenheit, some started forming crystals. However, some were thick and viscous. They were so vicious that they could not be poured out of their bottles. They had a soft texture.

When the temperatures dropped further, to 10 degrees Fahrenheit, most of the cooking oils were completely solid and a fork was unable to cut through any of them.

It means that proving that oil freezes at a certain temperature would be hard.

Some people believe that when you freeze a glass of vegetable oil, it will crystallize, and this is a way to know that it does not have any chemicals. The myth also states that vegetable oil with chemical additives should freeze to form a block.

The truth is that high-quality vegetable oils would form blocks, especially when their waxes are removed. This test would not prove the quality of cooking oil.

Removing the Vegetable Oil from the Freezer

What do you do if you intend to use vegetable oil in the freezer? Different vegetable oils will be in different forms after a certain period. Regardless of the form, you need to warm your cooking oil before you use it.

If your freezer got to the freezing temperature of the cooking oil, you should give the vegetable oil some time for thawing.

You can warm your bottle of cooking oil using a pan, warming it slowly on the stove. You can also choose to use a microwave.

You might note that your vegetable oil has cloudy drops or some separation. You should not panic. This mostly happens because of the cold temperatures and the oil will work perfectly regardless.

Does Cooking Oil go Bad if it Freezes?

When it comes to cooking oil, there is a lot of misinformation out there. Some people say that it goes bad if it freezes, while others say that it’s fine. So, what’s the truth? It’s actually pretty simple. Cooking oil does not go bad if it freezes. In fact, it can actually extend the shelf life of the oil. However, it is important to note that the oil will change in texture and flavor.

When oil freezes, the molecules slow down and become more closely packed together. This makes the oil more dense and viscous. Additionally, the flavor and aroma of the oil will change.

So, if you’re looking to extend the shelf life of your cooking oil, you can put it in the freezer. Just be aware that the oil will change in texture and flavor.

How Can You Tell if Your Cooking Oil Has Gone Bad?

There are a few signs to look for.

First, if the oil has a cloudy appearance, or if it looks like it has chunks or flakes in it, it’s probably bad.

Second, if the oil has a strong, rancid smell, it’s also probably bad.

Finally, if the oil has a changed flavor, it’s likely bad.

If you’re not sure if your oil has gone bad, the best thing to do is to throw it away. It’s better to be safe than sorry.

So, next time you’re at the store, be sure to check the expiration date on the cooking oil before you buy it. And, be sure to use it within a few months of opening it. That way, you can be sure it’s fresh and won’t go bad on you. 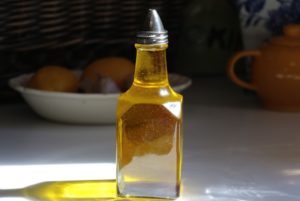 While all oils will eventually freeze if the temperature is low enough, some oils are more resistant to freezing than others. As a general rule, lighter oils like vegetable oil or canola oil are more likely to freeze than heavier oils like olive oil.

This is because lighter oils have a lower melting point than heavier oils. So, if you’re looking for an oil that won’t freeze in winter, you’re better off sticking with a lighter oil.

Canola oil is a versatile cooking oil that has a high smoke point and a neutral flavor.

It’s a good choice for stir-frying, baking, and deep-frying.

Grapeseed oil has a high smoke point and a light, nutty flavor. It’s a good choice for salad dressings, marinades, and baking.

Peanut oil has a high smoke point and a neutral flavor. It’s a good choice for stir-frying, deep-frying, and baking.

Sesame oil has a high smoke point and a nutty, toasted flavor. It’s a good choice for stir-frying, salad dressings, and marinades.

Sunflower oil has a high smoke point and a neutral flavor. It’s a good choice for baking, deep-frying, and salad dressings.

Does vegetable oil freeze? If so, is it a good idea to freeze it? We have proven that the oil freezes and it is a good idea to store it in that manner if you intend to maintain it for a long time. You can also choose any of the other methods of storage if you do not want to store it for excessively long periods.

You can reuse the cooking oil whenever you want easily by warming it.