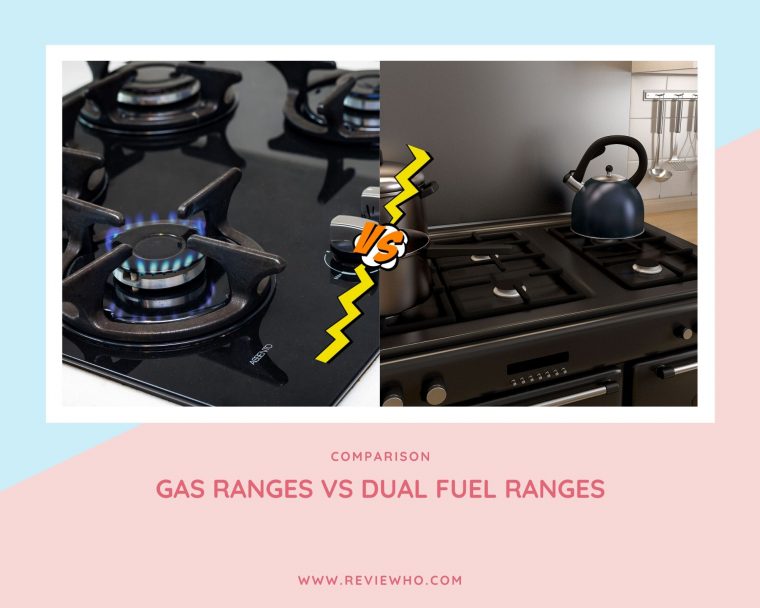 Cooking is the need of human beings since the time he learned the use of fire. Since then the way of food has been changed a lot, and finally, we have reached a stage where just having a fire is not enough to cook the food in the way we want and need it. Different foods need a different type of cooking, and that’s why there is various type of cooking appliances available in the market.

Going for all of them one by one according to the need may tire and irritate one. But if you choose dual fuel range, you may have many issues related to cooking easily removed.

In this article, we will get to know some of the key topics related to Gas range and dual fuel range.

What is a gas range?

The gas range is a term primarily used for the cooking appliances which use gas to produce the flame and hence the heat for cooking the food. We usually use this term not at home but broadly in the market and business. The gas range includes a large number of appliances, some of them contain conventional cooking gas system, gas stove or the stove which works on the manual pumping of air which converts the kerosine oil into combustible gas.

So here we got that the gas range mainly consists of the utilities which we can use at home or anywhere else to cook the food with the help of gas only, either the direct gas or the gas produced by liquids or solids.

This gas methodology entered in daily life not all of a sudden. In 1820 it was first developed in England to use the gases for cooking the raw food. Before this, some very old techniques like the burning of coal or wood were in use to prepare the food. 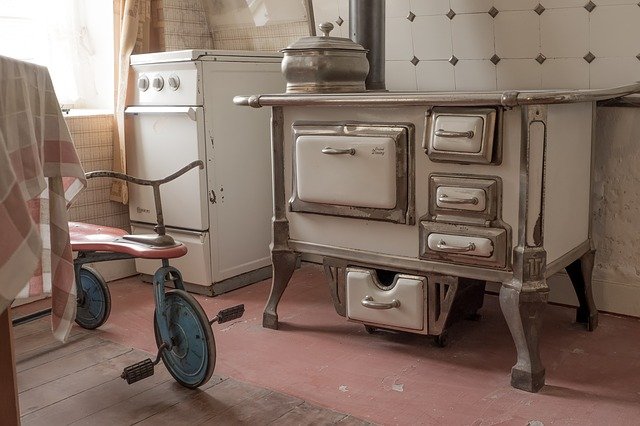 Image by Michael Schwarzenberger from Pixabay

One of the worst parts of this very old system of producing heat was, a large amount of heat is required to burn these fuels initially, which further continues to burn the other parts of woods and coal. One more disadvantage of this system was that once the flame is on, it can’t be quickly turn off and the whole of the fuel went waste. The invention of gas range fuel proved to be a big step in providing comfort and saving unnecessary scraps of fuels.

Even though the gas system was invented in the year 1820, it could not be used just then due to many challenges like searching the easily available gas which would be under the budget of the common people, providing them a continuous supply of gas, etc. This all took a long time, and in 1880, people started using it.

But now in modern days as the lifestyle is changing rapidly, the gas system is also getting replaced by some advanced technologies to make life more comfortable and fruitful as per the need.

Some electrical appliances to cook foods

Before getting to the dual fuel range, it would be better to know about the ovens, cooktops, etc. Electrical appliances are the more advanced level of the standard gas ranges. In these electrical appliances, electricity is used for cooking food by using the electrical heating of the heating element of the machines mainly.

Cooking is done here more evenly, and as per the requirement, the temperature can be accurately varied on the basis of exact numeric values. Numeric values help us more to give instruction rather than saying than medium or low heat which doesn’t clear exactly how much amount of heat is being required.

These appliances also come with the feature of putting off the machine after some set time automatically. It works just like the alarm or better say in a better way than alarm. In alarm, you will have to stop it or snooze it, but here you need not switch it off after it alarms you. It actually puts it off itself after a set time.

What is a dual fuel range?

This is one of the most advanced cooking technologies which one can use to cook food in a more fantastic way. As we had seen above that before there was a set up of gas stoves and a cylinder which was used for generating fuel with the help of some natural gas like Liquefied Petroleum Gas for cooking the food.

Though that time when it was invented, it was a massive craze as a need for the people who were using the very time and labor taking cooking method, which was based on burning wood on coal, people used this gas system of cooking for a significant number of years and then they thought the need for some more convenient way to cook food.

After some successful experiments, they got the invention of the convection oven, microwave, cooktops, etc. which made their life more worthwhile according to them.

These appliances were based on the uses of electricity, and hence a large amount of heat is required to operate them, on low voltage these alliances mostly do not run properly.

The Best part of these electrical machines was that it could prepare the food even without your consistent observation over them. Once you start cooking food, just you have to leave them with cooking raw material inside or on them and after the food properly gets prepared, the device automatically gets switched off. So what more one will need if they have not to care about burning off the food and switching of the machines automatically.

Daul fuel range is actually nothing but the correctly set combination of almost all possible ways of cooking in one large box-like structure. On the top of the box, you can get the heating element like convention gas cooking and cooktops, and inside the boxes, you may find the other electrical appliances services like an oven, microwave, grilling machine, etc.

So after getting this set up in your kitchen, no additional cooking devices anyone will need. This single unit will serve you all the major services served by any existing available cooking unit in the market.

Duel fuel advantages are more in numbers for everyone who can own it. Some of them are as below;

Arranging all the appliances according to one’s need in the kitchen is a cumbersome task. It takes a lot of space, that is the reason many people avoid having all the required appliances.

It not just takes a lot more space but also looks very untidy due to their normal changing position every day. Sometimes it also not matches the interior of the kitchen and people do not buy them but with dual fuel range, you will not find any such issues. Its compact size will not just be adjustable in most of the kitchen, but it also fits easily in any part of the kitchen due to its cuboidal shape.

Only a cook can know how difficult it becomes when you have to go from one corner to another inside the kitchen for doing different cooking at different times. It can irritate anyone and also make the people tired uselessly. Even after doing so many a time, people miss something at some particular time, and the whole taste gets spoiled. With a dual fuel range, you will never face such problems.

In our day to day life, what so ever you will be your work, you will always lack time. This cooking machine takes care of your time also. Since you noted above, you need not run to and for in the kitchen for handling different cooking appliances; you can save a considerable amount of time easily without making any extra effort.

If you will go to purchase all the appliances it includes, separately; you may have to spend some more bucks for a good quality product. But if you choose, the dual-range fuel, along with many other benefits you also save a good amount.

These were just a few benefits which you got to know above, the actual number of benefits you may get only when you use it.

There are many differences between the duel fuel and gas range. Below we get to know some dual fuel vs gas range topics to know them better.

The gas range does not provide even heating to the cookware. They give more heat there where the flame touches the objects and this is the reason the food gets burnt sometimes due to getting unequal heating if the cook will not rotate the food or stir it from time to time. Sometimes even after this, the food remains not cooked very well from all the sides.

In the case of dual-fuel, you will not find such a problem. It works on the convection of heat which spreads uniformly around the food to be cooked, so you get the hassle-free good cooking.

The conventional gas range will provide you to cook only on the gas flame and no other service. In dual fuel, you will get more than one way of cooking like cooking with the help of oven, microwave, cooktops and the gas itself.

Other than these, some other differences you may find in the way they look and enhance the kitchen decor, ease of use, etc.

Dual fuel range features a true electric convection oven, which allows for more precious temperatures and cooking times that leads to a better, evenly baking experience, and eliminate the need for rotating your food, on the other hand, gas range ovens features an oven with an inconstancy temperature resulting in uneven baking.

Because the dual fuel range comes with more enhanced features, it is significantly more expensive and we here are talking about 900-2000$ price gap between both appliances.