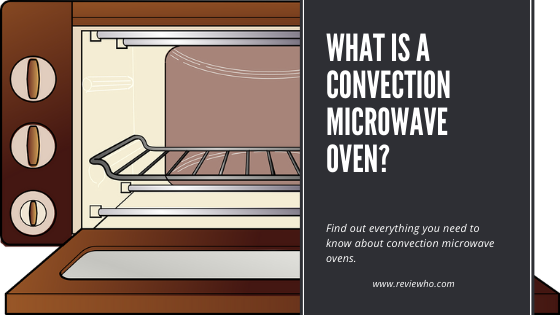 Everyone has heard of a microwave. Most use one on a fairly regular basis but it is simply to reheat food or to make popcorn, you can’t make a meal in a microwave, and if you try to all you end up with is soggy food that’s either partly cold or far too hot.

Three eBooks in One! Get it Now For Free!

Well, that is no longer the case, convection microwave ovens are here, and they are changing the game.

What is a convection microwave oven combo?

Ordinary microwaves use electromagnetic radiation to bounce waves around the interior until they hit the food, there they cause the water molecules in the food to excite which generates heat which, in turn, cooks the food.

Combination ovens are different from microwave ovens in that they do not use microwave technology as a heating device. Instead, they usually utilize one or more of several different types of heating technologies, including infrared heating, convection heating, or halogen lighting.

All of these can help to cook a variety of foods, and they are much more efficient when it comes to baking, steaming, or roasting meats and vegetables.

This means that you can bake and roast food that a regular microwave would cook too quickly and not thoroughly enough.

It also allows you to brown your food and even lets you bake, a quality that a conventional microwave does not include. These may come as two separate settings but will likely be able to work in tandem.

Well, there are still some benefits of regular microwaves and ovens that convection microwaves simply do not offer.

However, on the other hand, there are perks available with a convection microwave oven that regular microwaves and ovens simply cannot compare with.

Below is our list of the pros and cons of a convection microwave oven offers to help you see both sides of the equation.

As mentioned above a radiation microwave does not have any ability to brown your food so you will never get that crunch of browned flavor without the actual heat convection brings.

While not strictly combining the two, convection microwaves provide a similar function of an oven without taking up so much space. They are also typically available with both a microwave and convection setting, meaning that you can use it as a regular microwave as well as to make small oven meals.

Due to the way the heat circulates around the appliance, convection microwaves allow for more even cooking than their traditional counterparts.

Thanks to their smaller size, convection microwaves are cheaper to run and heat up much faster than ordinary ovens.

While their smaller size can in some ways be a benefit, it also means that you cannot cook as much or anything as big as you would be able to in a standard oven.

While they are cheaper to run than standard ovens, they are, unfortunately slightly more expensive to both buy and run than regular microwaves.

So, what is the difference between convection microwaves and regular microwaves? Traditional microwaves cook foods by emitting waves that come in contact with the food and agitate water molecules within the food, heating it from the inside.

The result of this combination is that convection microwaves offer the best of both worlds: the quick cooking you’ve come to love from traditional microwave ovens and the crispy browning indicative of cooking in a convection oven.

Naturally, this difference in cooking methods means there are a number of other distinctions between convection microwaves and regular microwaves in performance, cleaning, and cost.

Overall, convection microwaves are much better cooking appliances than regular microwaves. The added heat from the convection means that foods will not only heat up faster but will often taste better as they can crisp and brown on the outside. Convection microwaves only have elements on the top, so it makes it difficult to crisp foods that may need to be browned on the bottom, such as pies or pizzas.

Amazingly, some convection microwave units even have a grill setting. If you have a small kitchen where you don’t do much intensive cooking, a convection microwave may actually be able to take place of an oven. On the flip side, regular microwaves just heat foods without any other added benefits.

Should you Get a Convection Microwave or a Regular Microwave?

Is a convection microwave oven worth it?

The answer to whether a microwave oven with convection function is worth it really depends on your situation.

Wherever you live you are likely to have a standard oven at your disposal, so the question becomes, would you use a convection microwave oven enough to justify the purchase?

To decide this, you need to consider how much you use your current oven and what you cook in it.

If you’re regularly cooking large meals for family and friends, then you are probably better off sticking with what you have, unless of course you simply wish to buy a convection microwave in order to add more oven space and to cook more things at once.

If you cook typically cook smaller meals and rarely use an ordinary microwave, then it would absolutely be worth the extra initial cost to purchase a convection microwave due to the lower cost of running it compared to a full-sized oven.

This would also be a great opportunity to either get rid of your regular oven or to stop using it completely, and instead, use a combination of your regular and convection microwave settings.

However, if you’re frequently strapped for time and find yourself either eating out or just popping in a microwave meal throughout the week, then the added cook time of a convection microwave means that you are unlikely to take advantage of your new purchase and you should instead stick to what you already have. More about the topic.

Can You Cook Any Food In A Combination Oven?

Most of us understand the limitations of a microwave oven and what types of foods simply do not cook well in one. If you have ever tried to warm up any kind of bread or bun, then you know that it can become tough and chewy very quickly. With a combination oven, you will be able to cook or warm up almost anything in your kitchen without the kind of unpleasant results often found with a microwave oven.

It is often surprising that one appliance can take the place of a traditional oven, a microwave oven, the barbecue, and your stove, but it can. It often takes some experimenting before you feel comfortable cooking all of your meals in one of the combi ovens, but they can eventually make a big difference in the way that you cook and the quality of the meals that you and your family enjoy.

While convection ovens are great pieces of technology that do act very similar to conventional ovens, the difference in size and heating method means that when you cook in one, you can’t simply follow a typical recipe and instead will need to adjust your cooking times.

There are three different ways to adjust your time and temperature when cooking with a convection microwave.

Next, you can instead reduce the cooking time by 25 percent. Using the same example as above, it will now be cooked at 425°F (220°C) for about 22 minutes.

Finally, you can reduce both the temperature and the cooking time by anything less than 25 percent. Again, using the above example, it will now be cooked at around 360°F (180°C) for roughly 25 minutes.

You can also find and print out useful charts online that show different conversions for different types of cooking.

Convection microwave ovens are pretty amazing. Combining the technology of traditional microwaves with convection cooking makes them a great tool for any kitchen if you have the space and money to get one. They will typically have 3 different modes: microwave mode, convection mode, and grill mode.

Microwave mode is exactly what you would expect, this makes your new appliance work just like an ordinary microwave.

Perfect for reheating drinks, microwave meals, and popcorn, this is a mode that will likely never leave our kitchens because of how useful it is in general.

Convection mode is what will be similar to a regular oven. This mode is great for baking things like cakes, pizza, and cookies, as well as being perfect for things like pies and pasties.

Grill mode is the secret weapon of this appliance. The microwave allows you to quickly build up the heat that makes it great for grilling anything from chicken to steaks to burgers and even kebabs.

What to look for when buying a convection microwave oven

If you have decided that you would like to purchase a convection microwave, then there are a few things to look out for. Not all microwaves are the same and you want to get one that will not only fit your kitchen but is also nice to use.

What style do you want?

Countertop microwaves are great as they can be positioned wherever they will fit best in your kitchen and can be stored away if needed. Alternatively, there are also microwaves that fit over your stove and some that are placed inside kitchen drawers. These free up counter space but do not ventilate as well due to their locations.

What size do you want?

This is likely among the first things you will need to figure out, you need to know where your microwave will be going and purchase one accordingly.

Do you want sensors in your microwave?

While driving the price up slightly, heat sensors will monitor the interior of the microwave and stop the cooking when your food is done.

This will not only save you from having to hover by your microwave yourself and having to deal with a potential mess if any food gets too hot, but it also saves energy overall, making your kitchen that little bit better for the environment while saving you money on your electric bill.

Overall, a convection microwave oven is an incredibly useful appliance for anyone with a smaller living area. Perfect for studio apartments or small housing in general, it may cost a decent bit more, but it makes up for this by being a three-in-one cooking tool.

Allowing anyone to easily microwave, cook, bake, and grill, a convection microwave oven is a great addition for avid amateur home cooks and practically a necessity for anyone who wants the taste of a home-cooked meal followed by a bag of popcorn for the evening’s movie.

Three eBooks in One! Get it Now For Free!

Three eBooks in One! 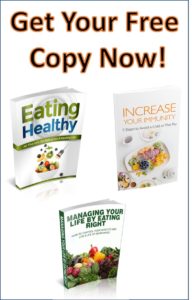