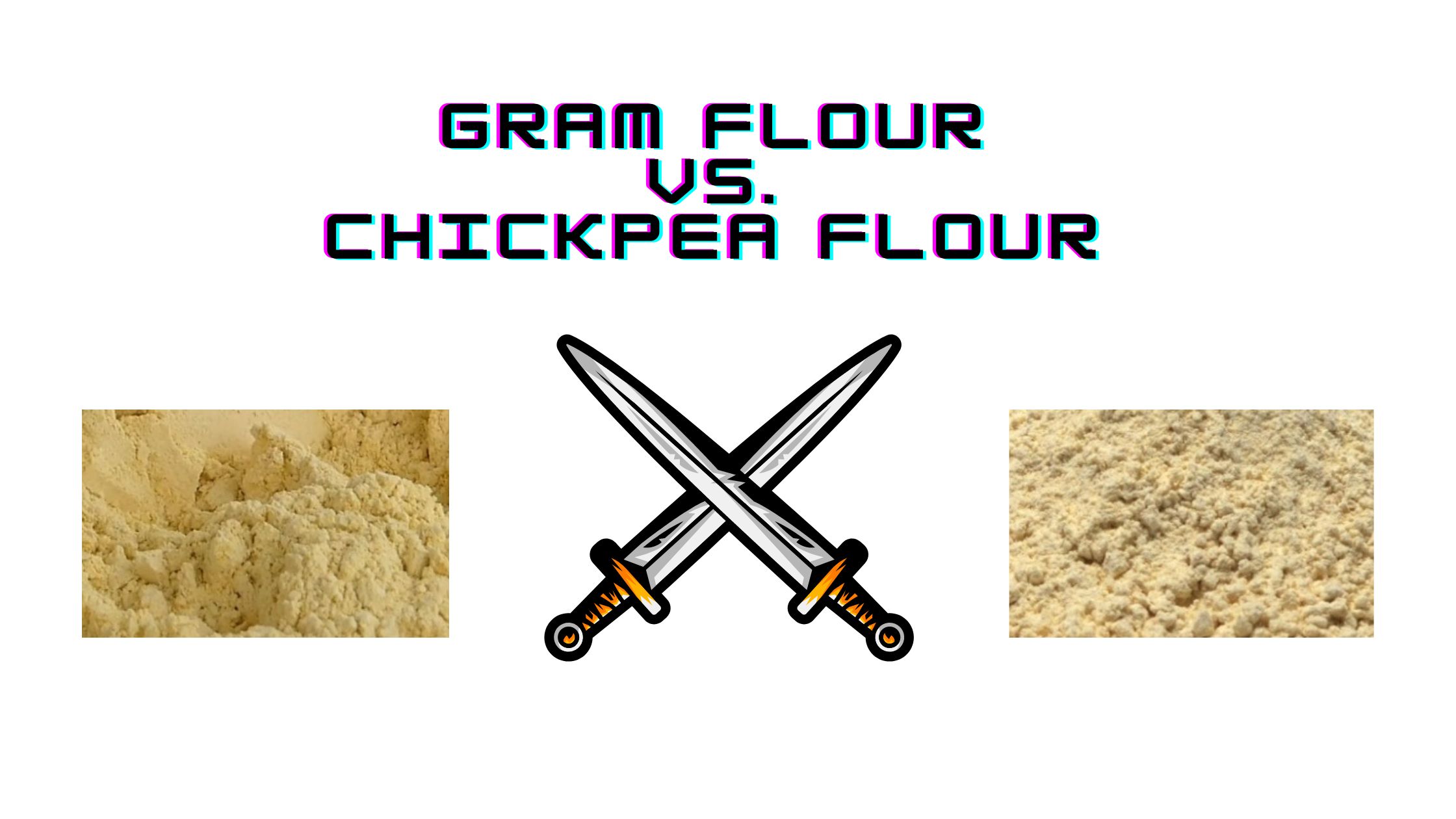 The difference between chickpea flour and gram flour has been a source of confusion for some time. Even though there are so many similarities between them, there is research that states they are not the same.

What do you know about gram flour and chickpea flour? Is gram flour the same as chickpea flour? There is a lot we can say about these two including the fact that they are both staples for most Indian dishes. However, it is important to understand how they differ from each other.

We have prepared this post to help explain gram flour vs. chickpea flour. We will discuss all the similarities and differences you should be familiar with. Let’s get to it.

In different countries, they are similar. You will constantly find people using these two names interchangeably.

But that is not the only difference there is. Gram flour – also known as besan – is ground finer compared to chickpea flour. What’s more, it requires less water. Chickpea flour needs more water for a certain level of consistency to be achieved. That is mainly because it is coarse.

As for their flavors, they are distinct. When you are using them in a recipe interchangeably, this is one thing that you should account for.

Can you use one to substitute another? Well, you can. However, they might work perfectly to replace each other in certain recipes but will need some alterations in other recipes.

Can Chickpea Flour or Gram Flour be used to make bread?

You can use these two types of flour to make bread. However, since they do not have gluten, you can use it to make flatbreads. Regardless, they can easily make some tasty bread.

However, you cannot make risen bread using them because they are free of gluten. They will give you amazing protein and fiber levels when added to wheat flour loaf. When too much is added, there are chances of compromising the gluten structure.

If you want to use any of the two in yeast bread, you will need to mix it with flour that has some gluten. That might include bread flour or wheat flour. The percentage should be around 17% or below of the mixture with wheat or bread flour.

Can you eat chickpea/gram flour raw?

Yes, chickpea flour is perfectly safe to eat raw. In fact, it’s a popular ingredient in Indian cuisine, where it’s often used to make flatbreads like roti and chapati.

However, just because you can eat chickpea flour raw doesn’t mean that it’s going to taste good. On its own, chickpea flour has a rather strong flavor that some people find unpalatable.

If you’re going to eat chickpea flour raw, I recommend mixing it with other flour or using it as a coating for vegetables or fruits. This will help to mask the strong flavor and make the dish more palatable.

The gram flour vs. chickpea flour difference can bring some confusion easily. However, they are almost the same, including their nutritional profile. For them to be used interchangeably, you might need to make some alterations. Let us know about your experience with any of these two.